Though I live in London, I don't often get to see 'the sights,' so last week my friend Grace and I took a trip Up Town to take photographs and enjoy the general atmosphere of a city summer. Its an interesting mix of people who work here and have a destination to get to, and those who are following a more relaxed sightseeing pace. Street dancers, artists and musicians add to the mix, as well as the contrasts of old and new archetecture. I enjoyed myself so much, that I'm going to try and take you on a tour through our photographs and words. 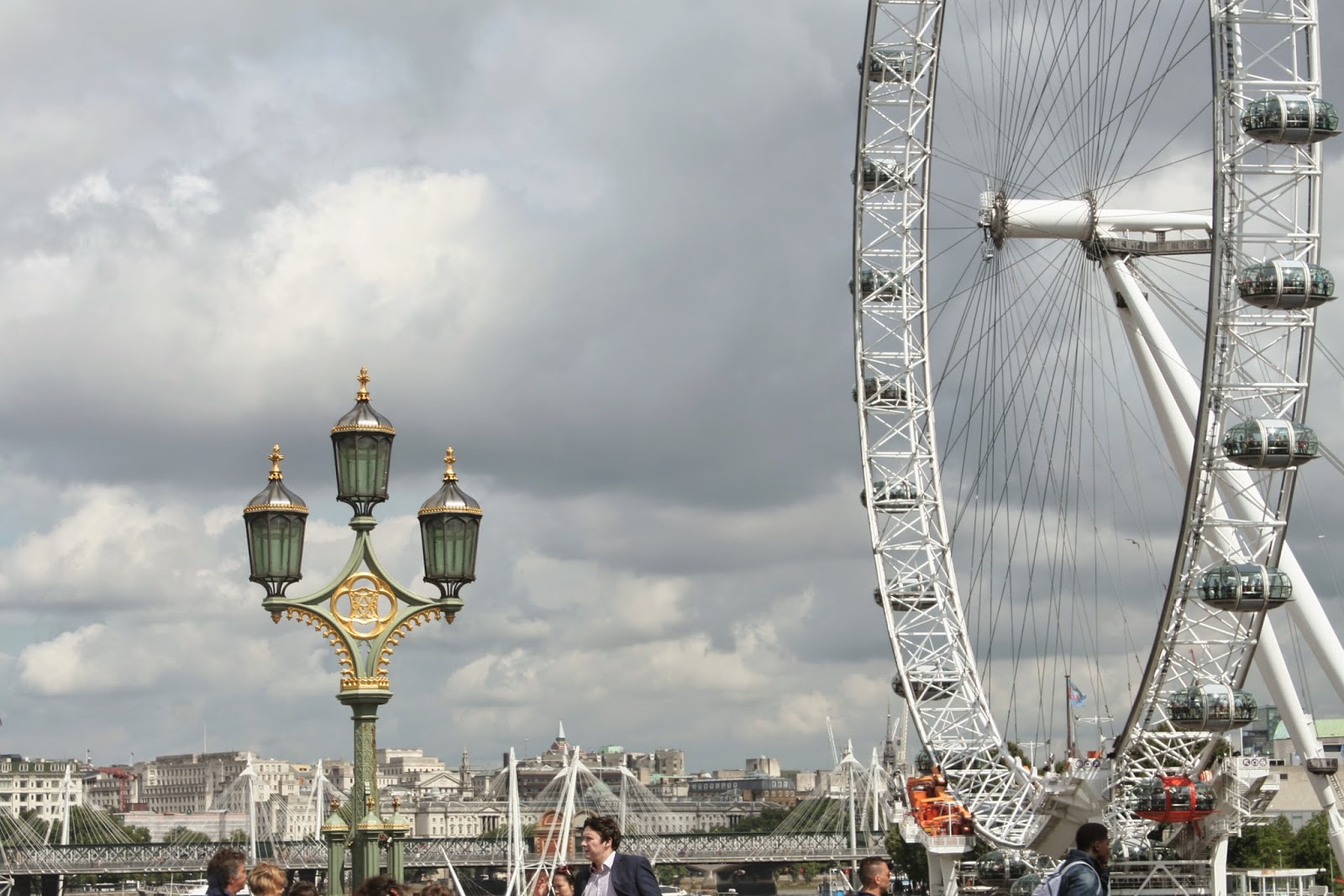 The view of the London Eye from the rather crowded Westminster Bridge. 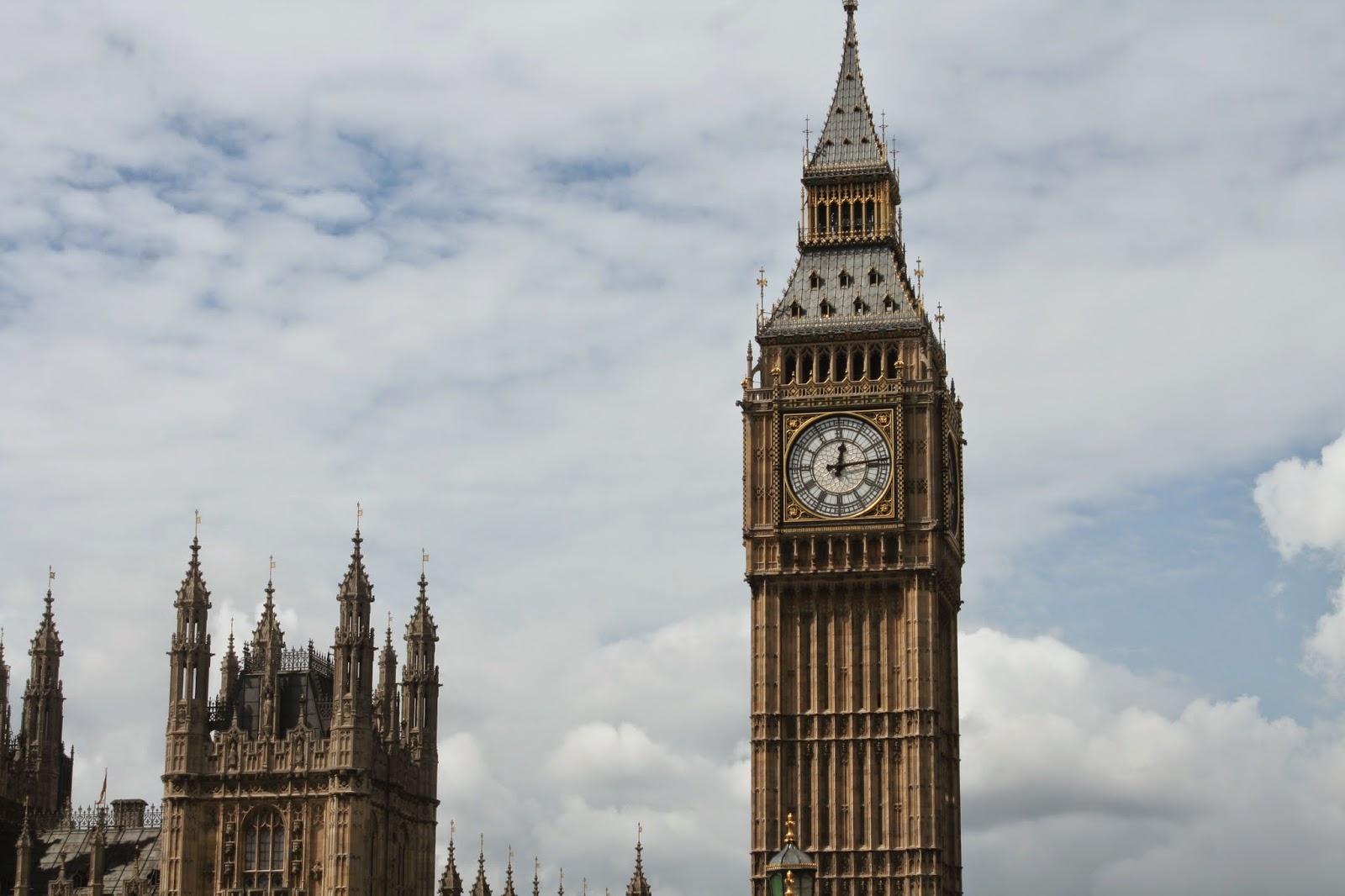 'Big Ben' is a nickname for this iconic and ornate clock tower and is actually the name of the biggest bell inside it. 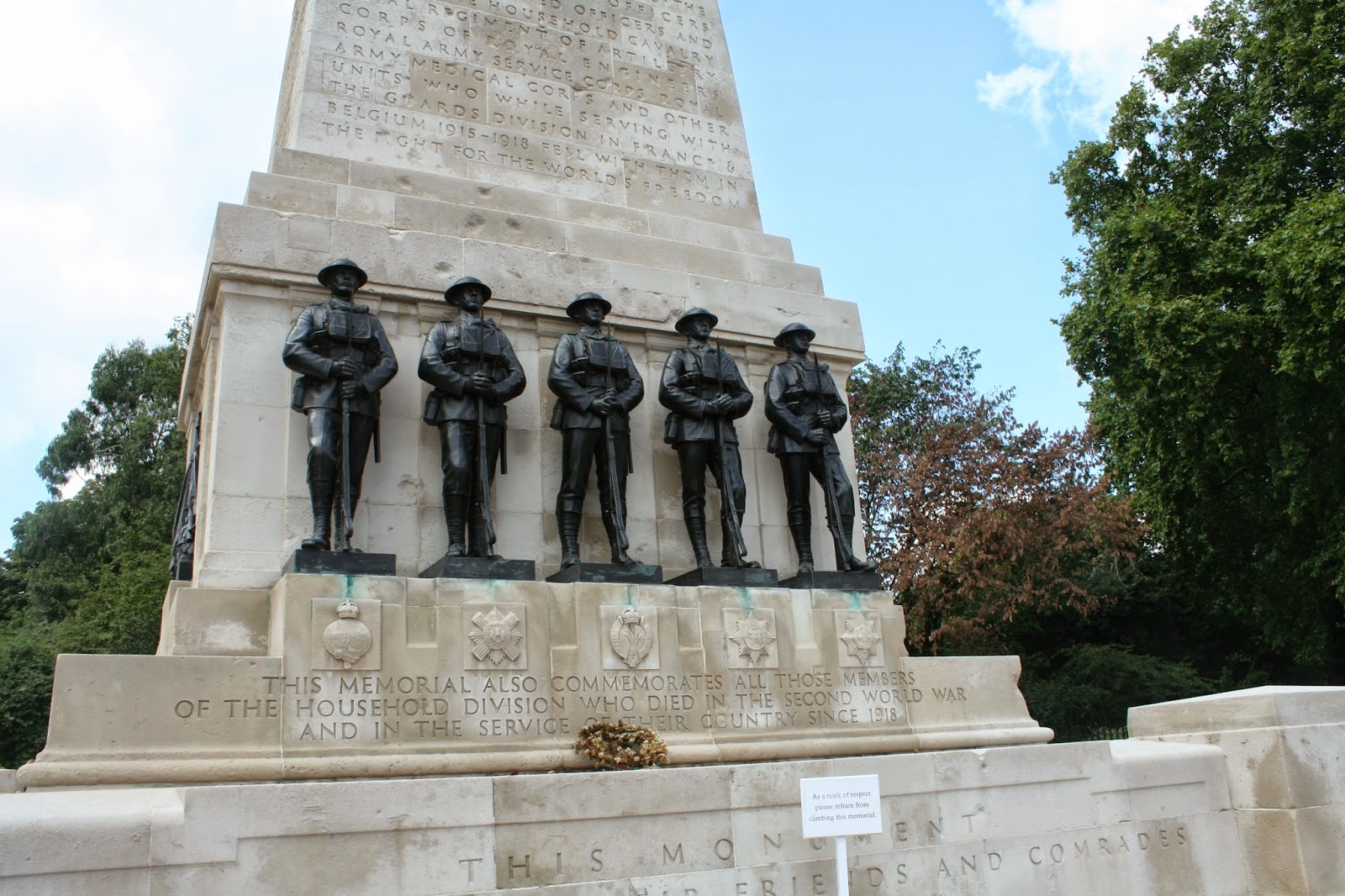 This area is full of monuments like this one which remembers the service of those who gave their lives for the freedom of our country. 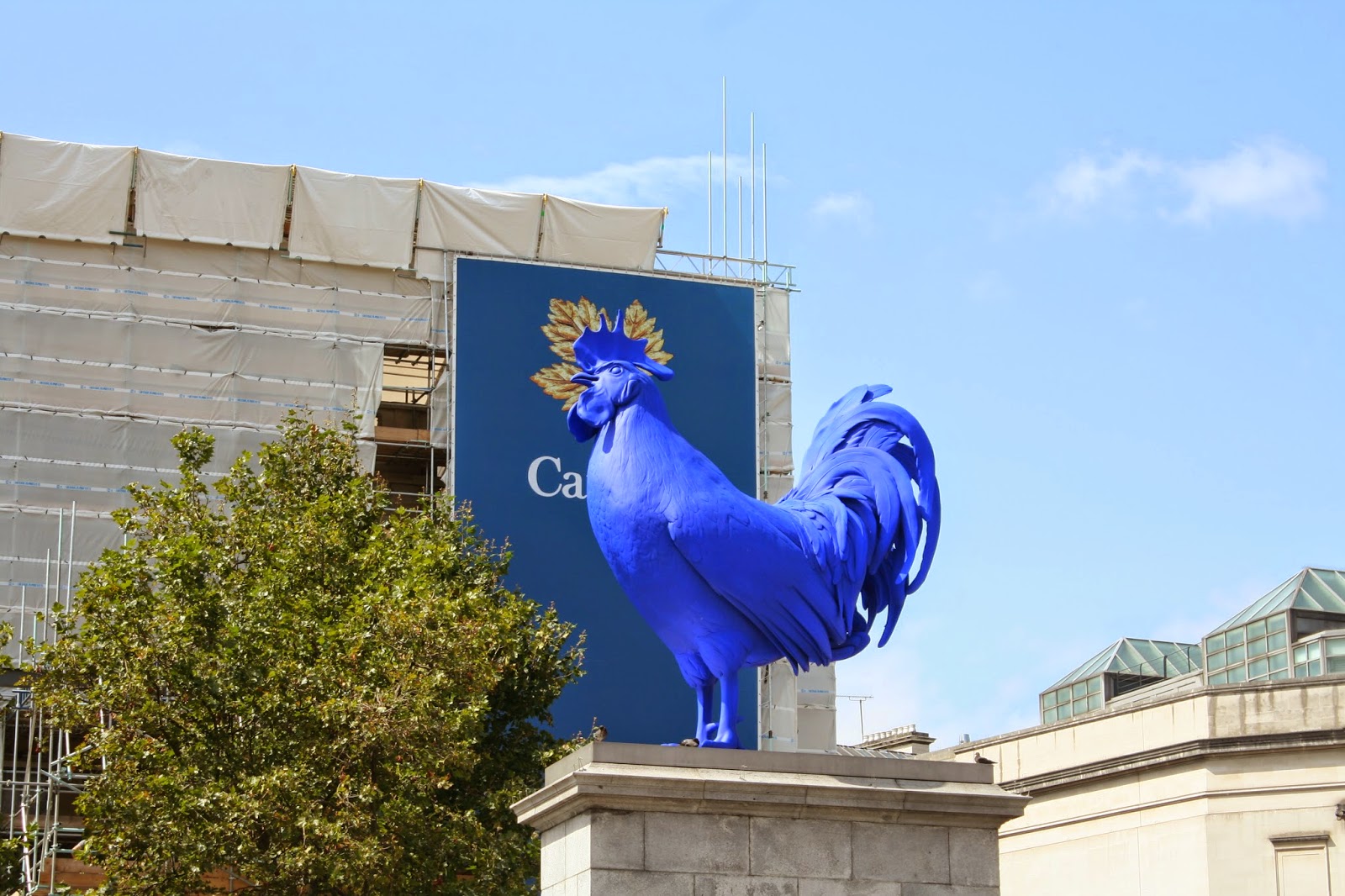 Walking on to Trafalgar Square you see the Blue Chicken, a recent, quirky, and fun art installation. 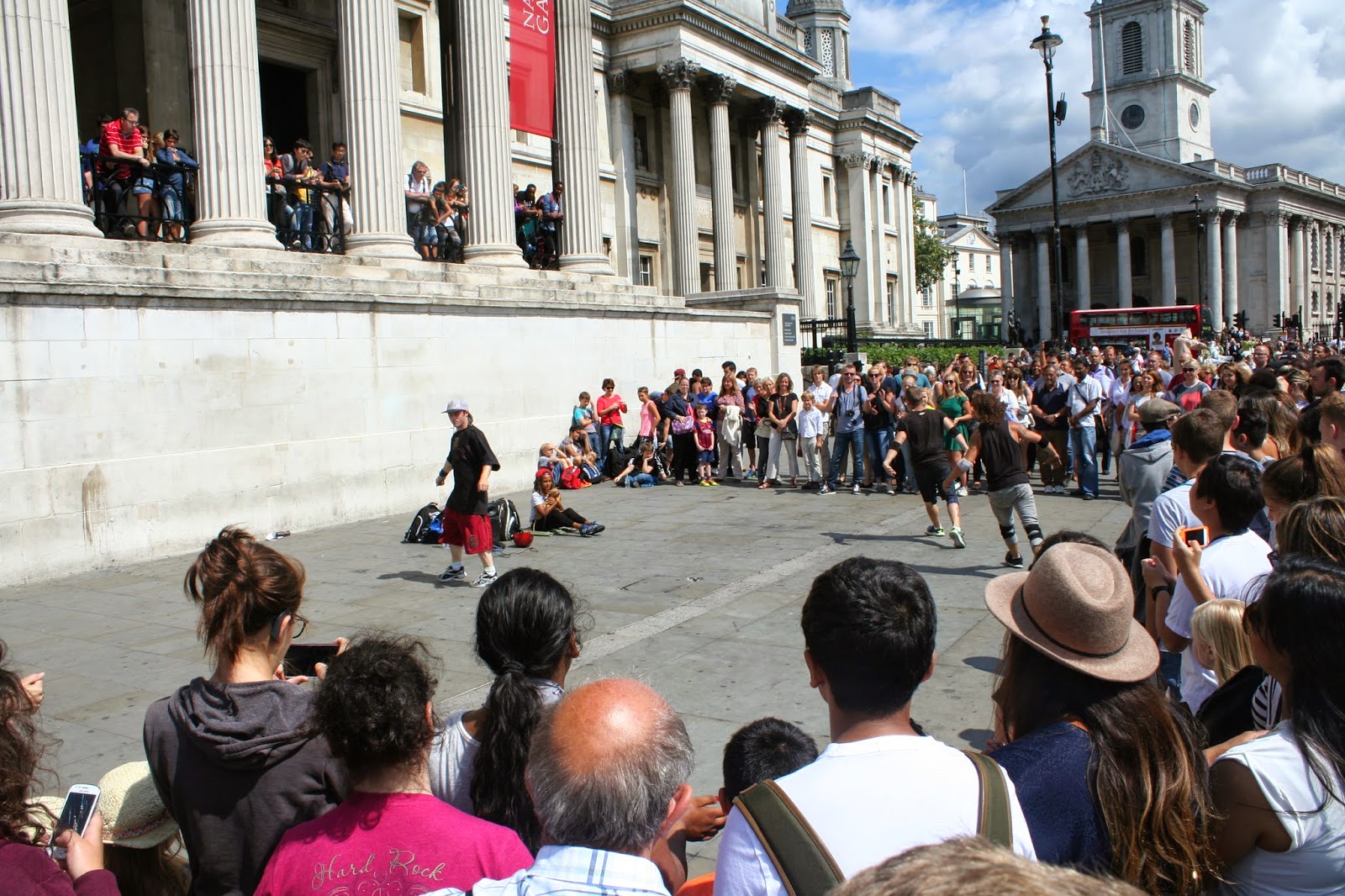 These street dancers attracted a large crowd outside the National Portrait Gallery. For this photo I held the camera above my head and hoped it would turn out ok! 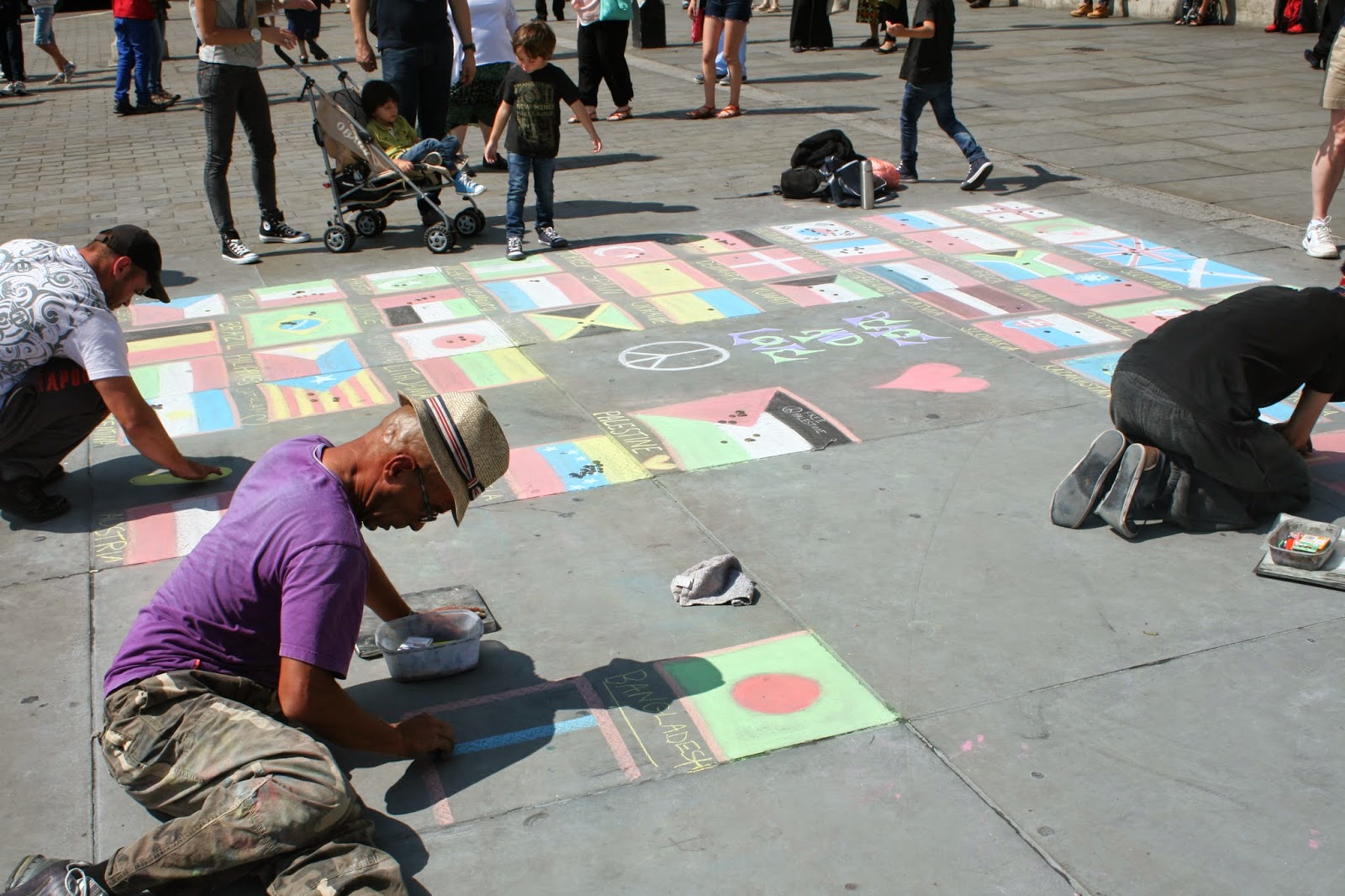 These street artist were completing the flags of many nations, and people would put a few coins onto their flag. 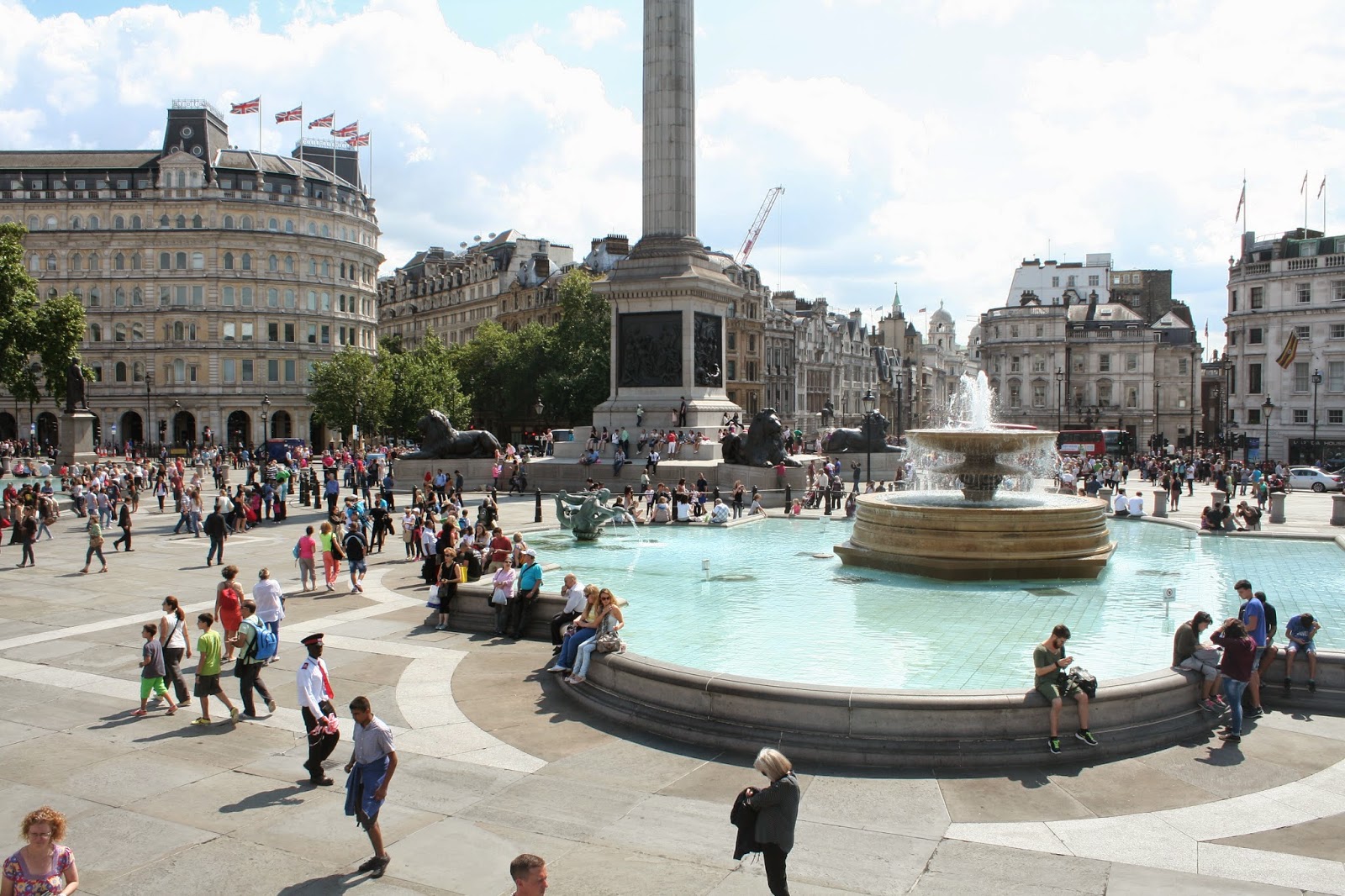 This is Trafalgar Square. This picture beautiful architecture, dazzling fountains and many sightseers, but I think it also gives an idea of the lovely atmosphere in the square. 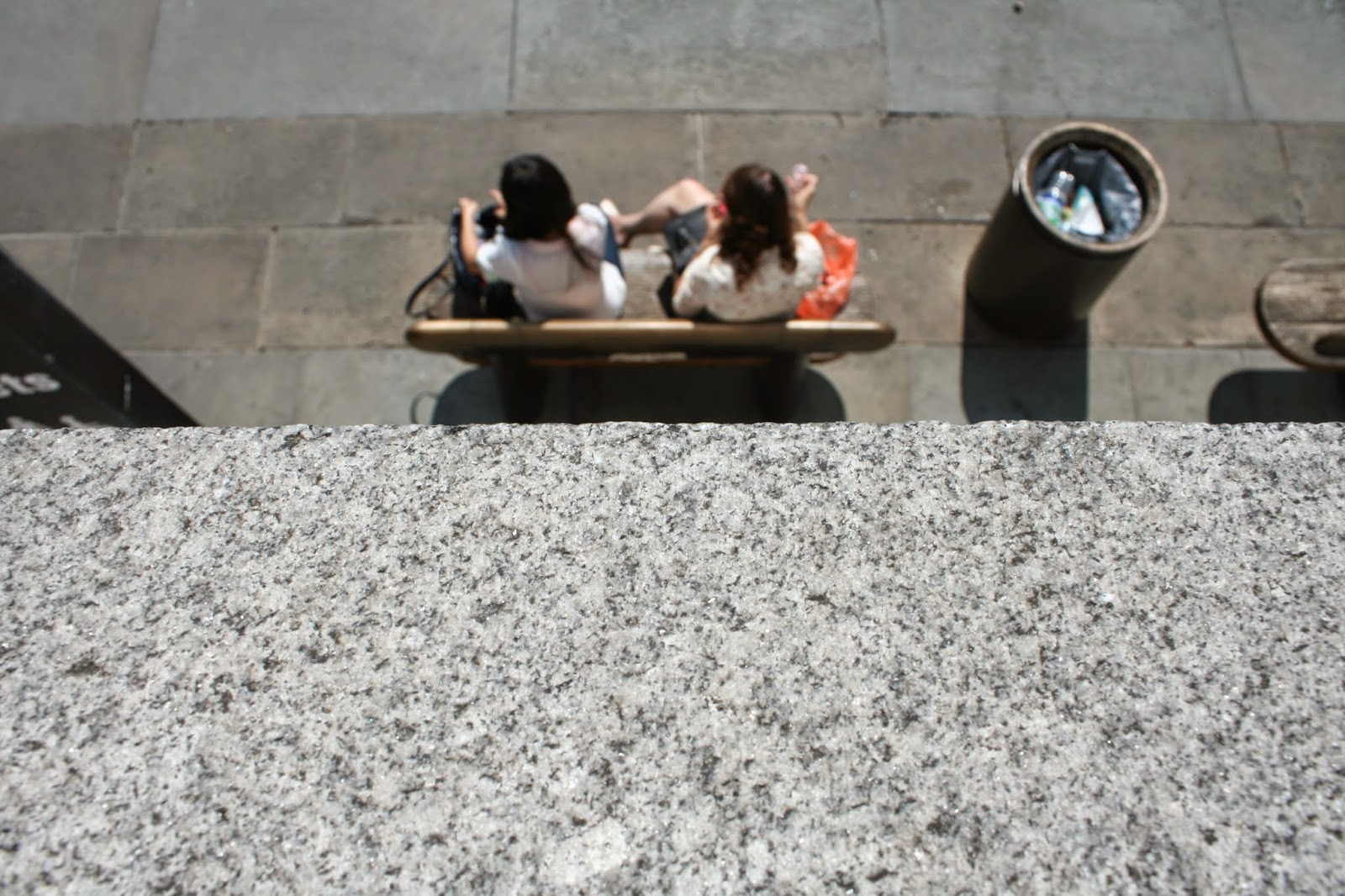 Perspective from outside the National Portrait Gallery looking down onto Trafalgar Square. 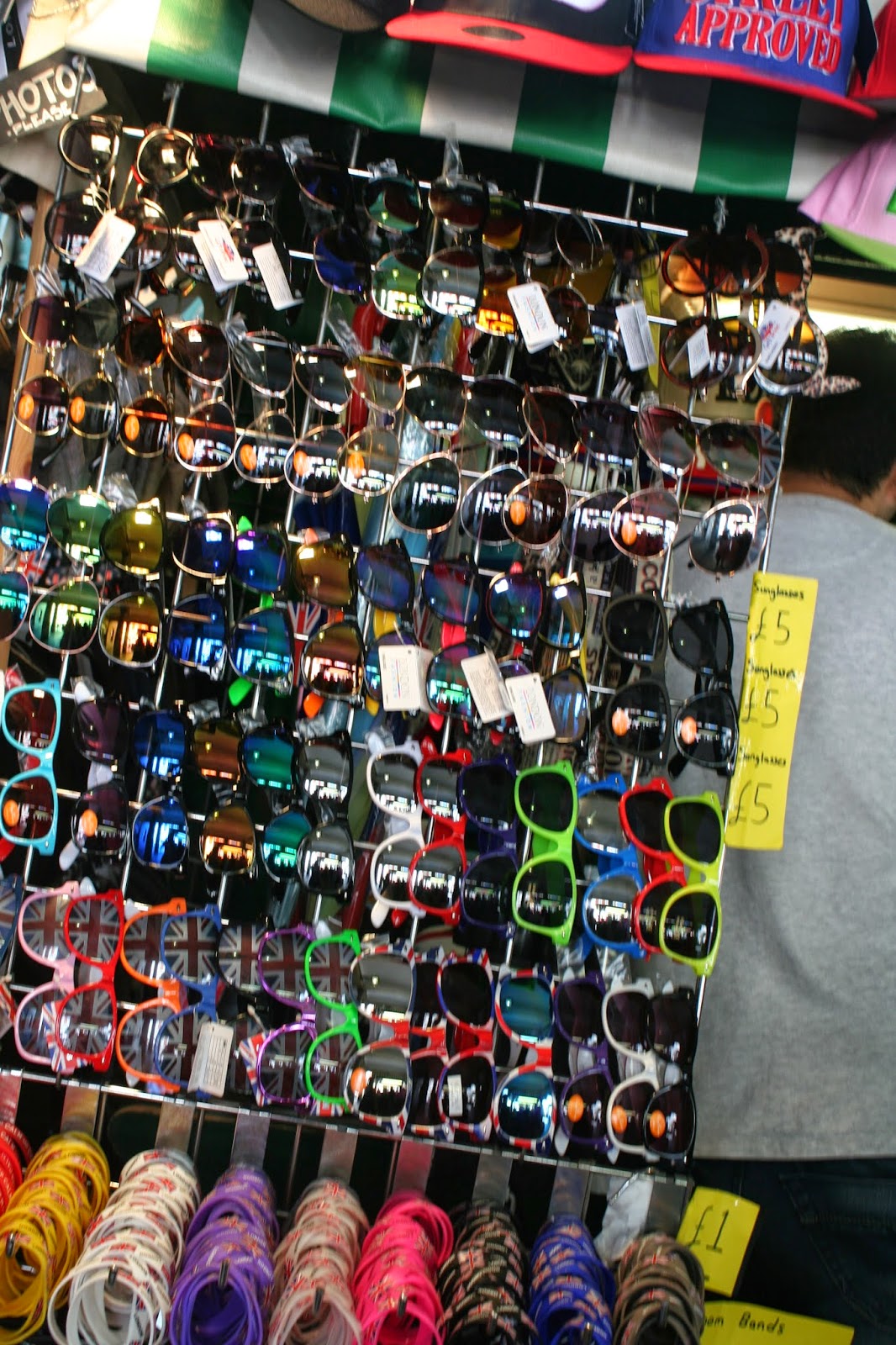 One of the many brightly coloured stalls at Covent Garden Market, just a few streets away. 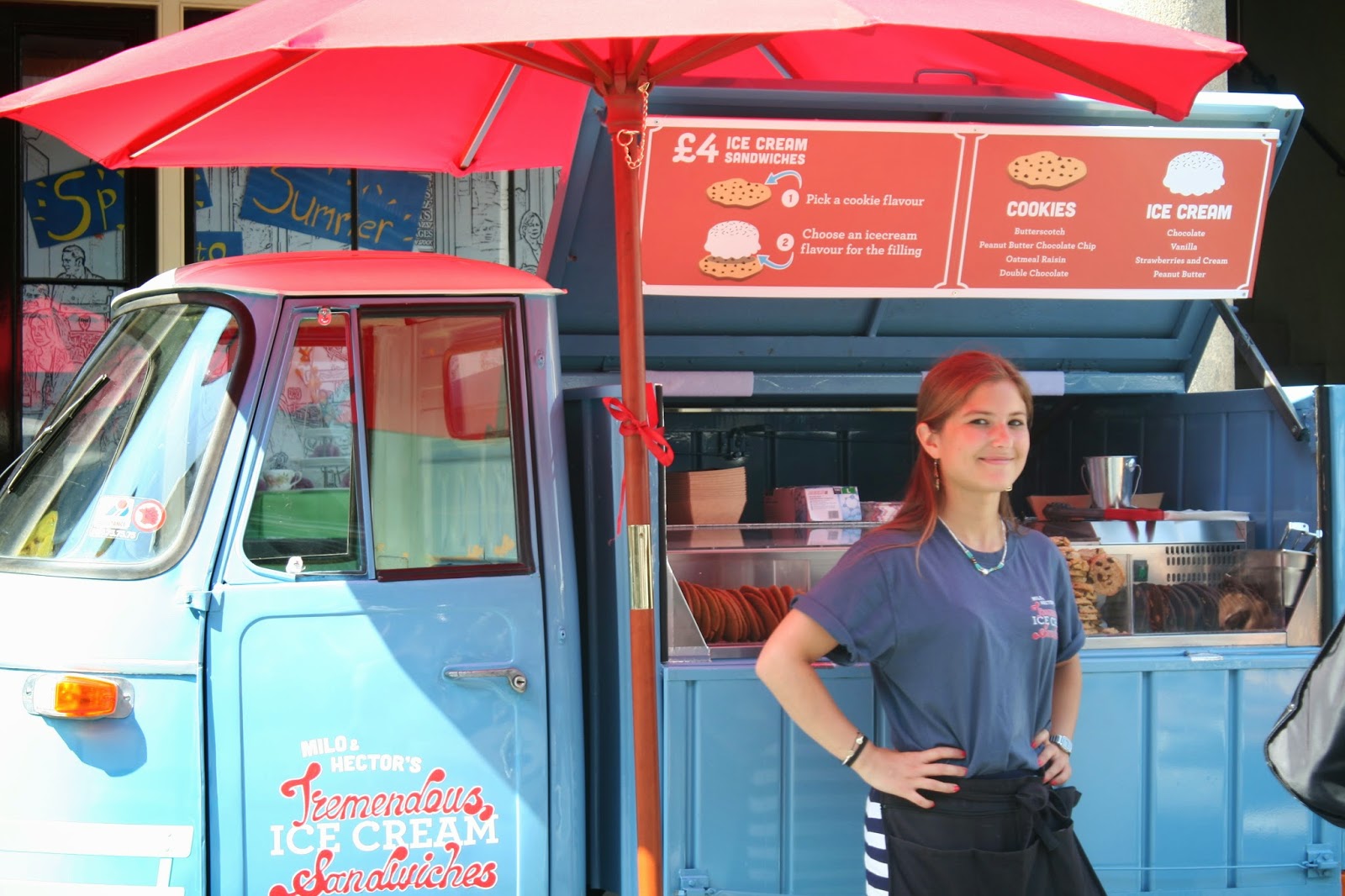 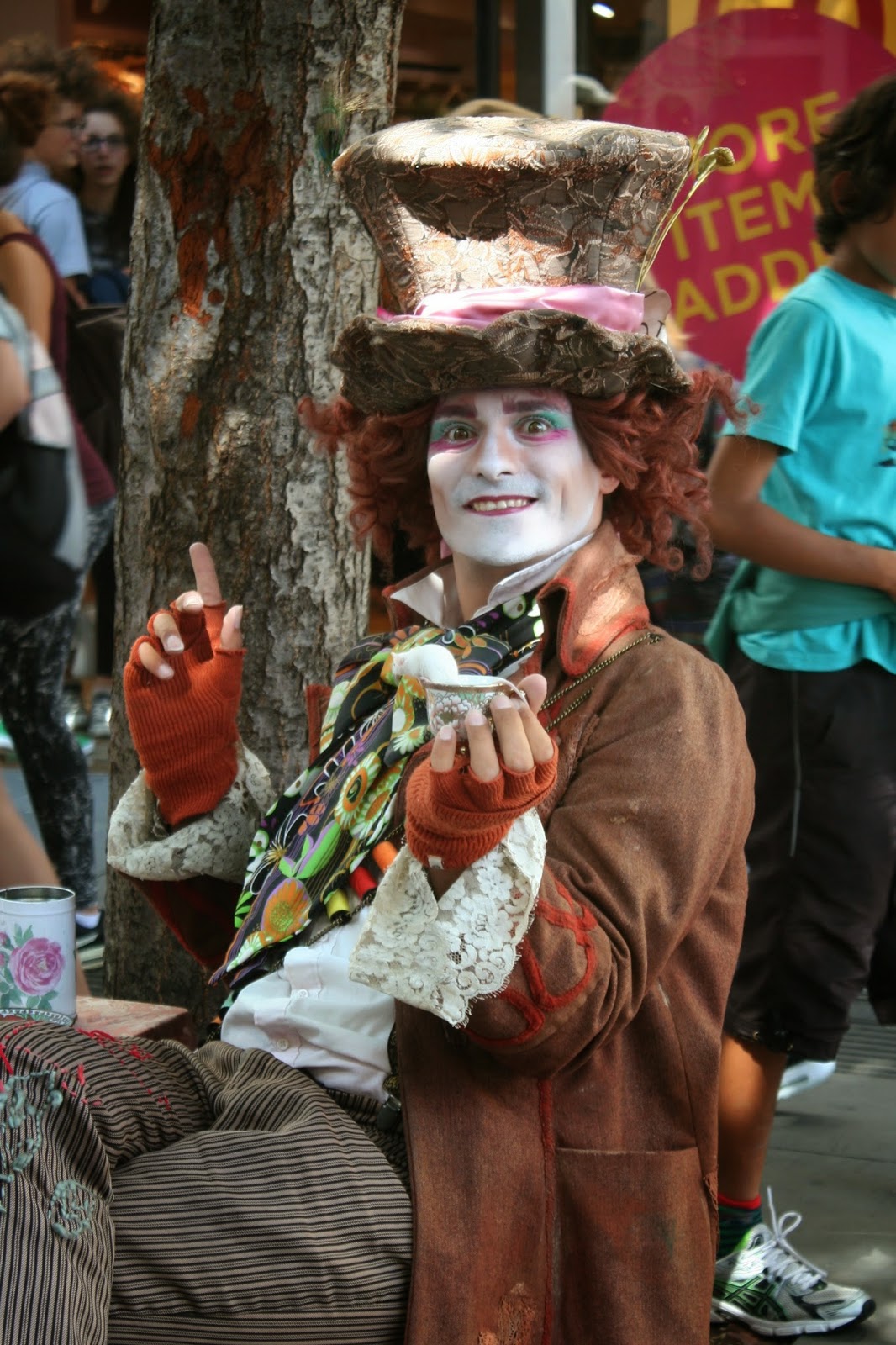 This guy was dressed up as the Mad Hatter from Alice in Wonderland, with a tea party set up and a real doormouse in his teacup! 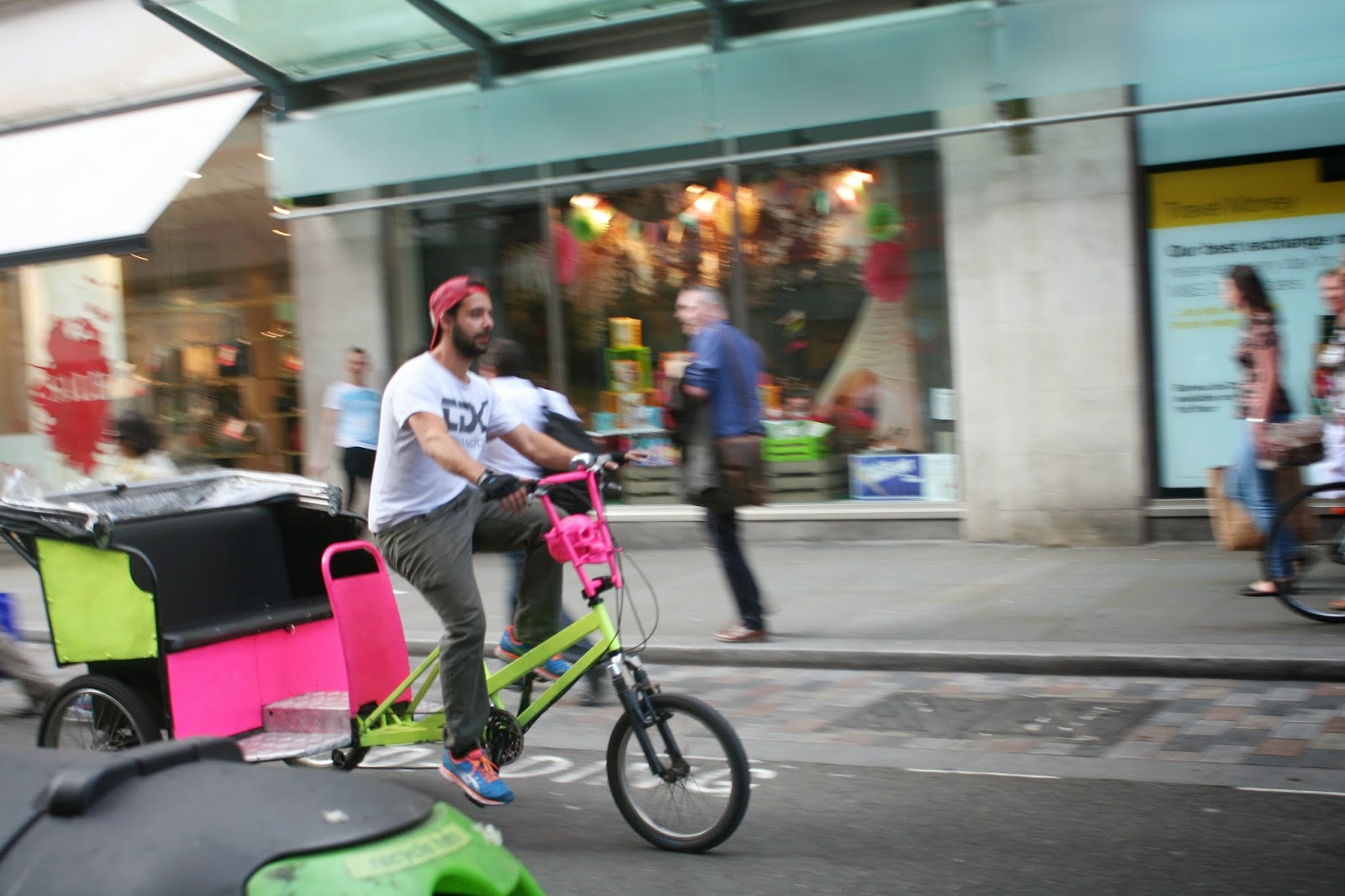 To me this picture really captures the brightness and energy of London streets in summer. 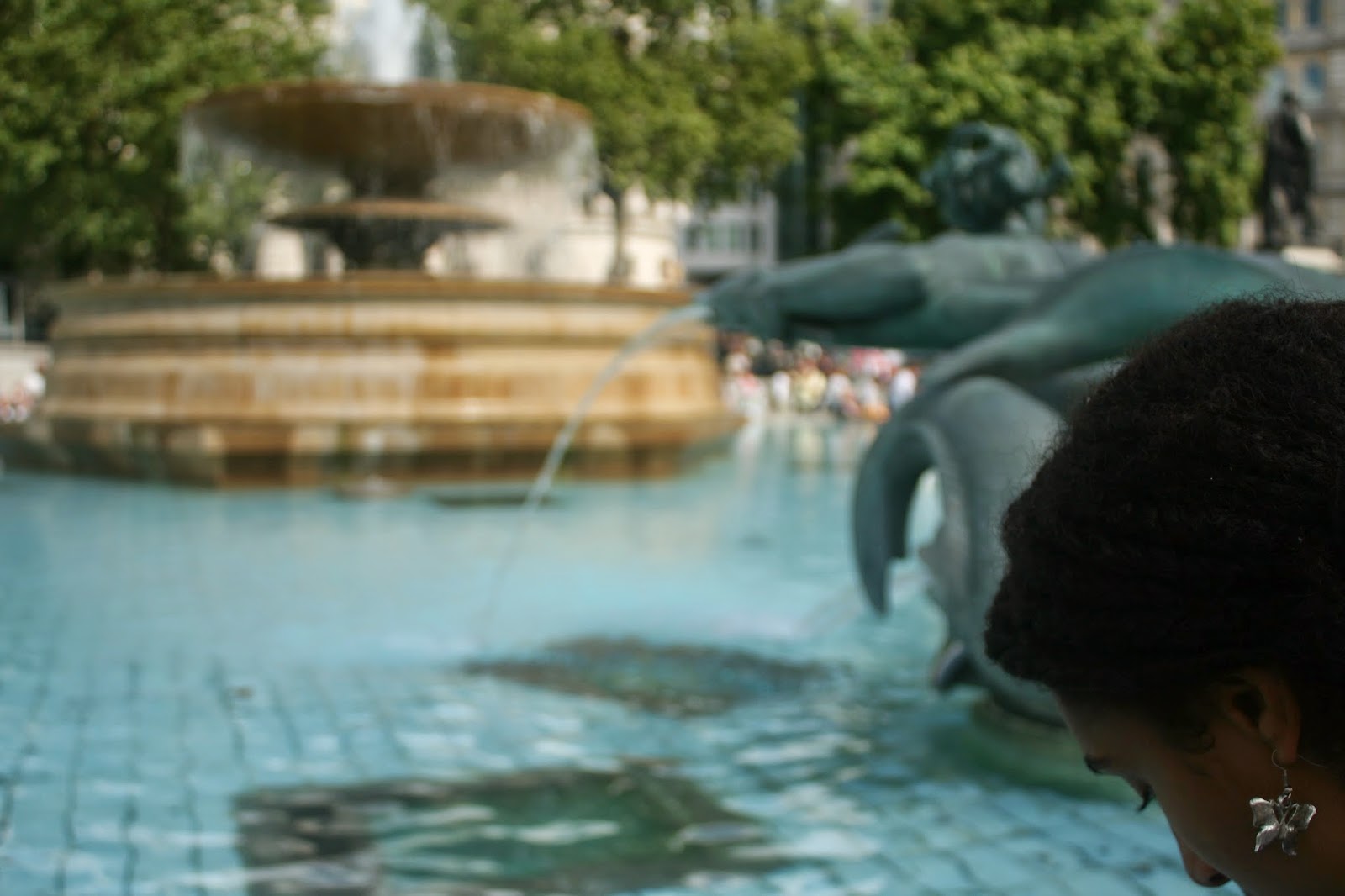 Back in Trafalgar Square in the dazzling sunlight. Here I was playing around with manual focus on my camera. 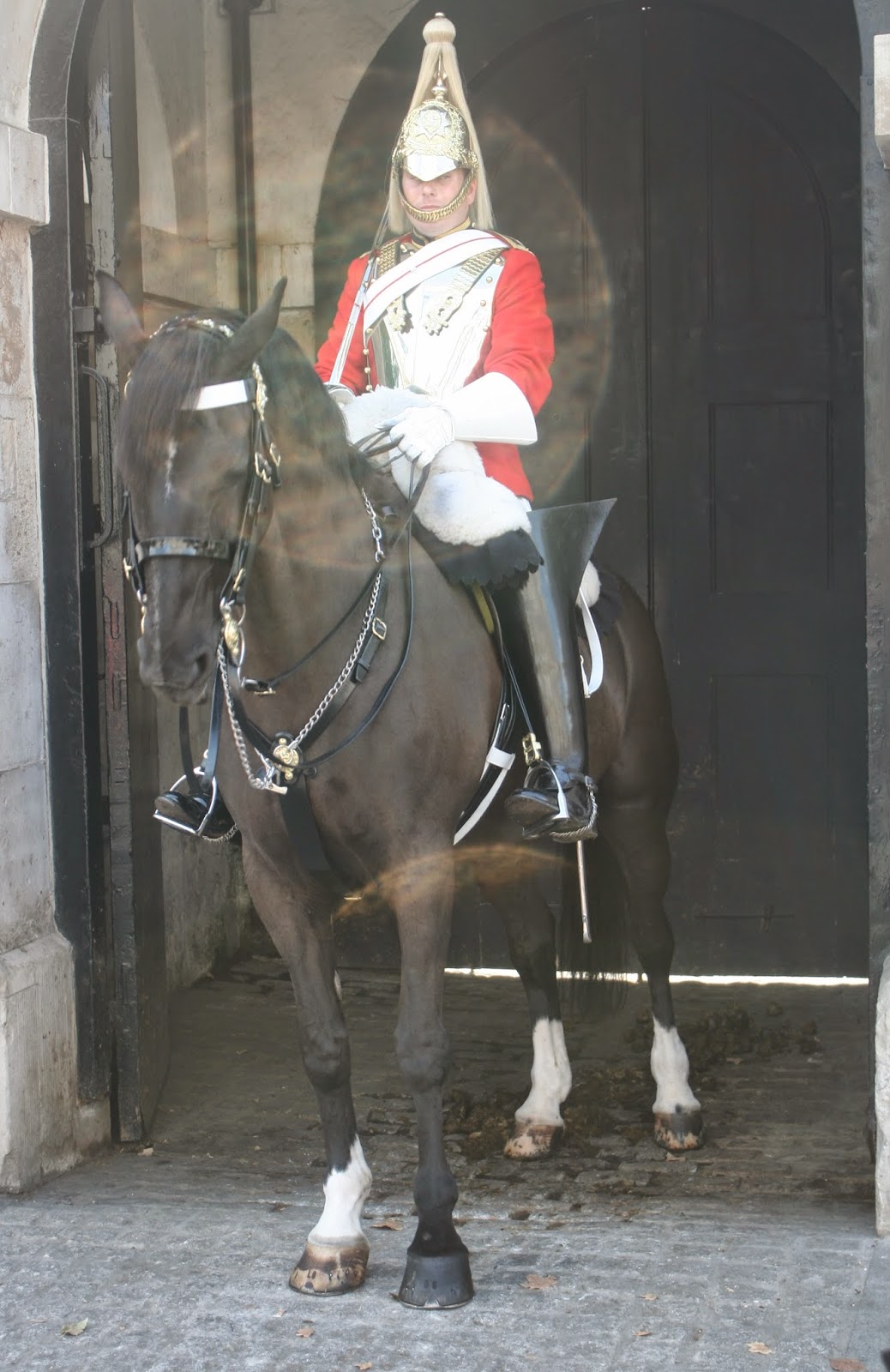 A mounted guard on the famous Horse Guards Parade. I didn't realise the light had come out that way until later, but I like the effect it gives. 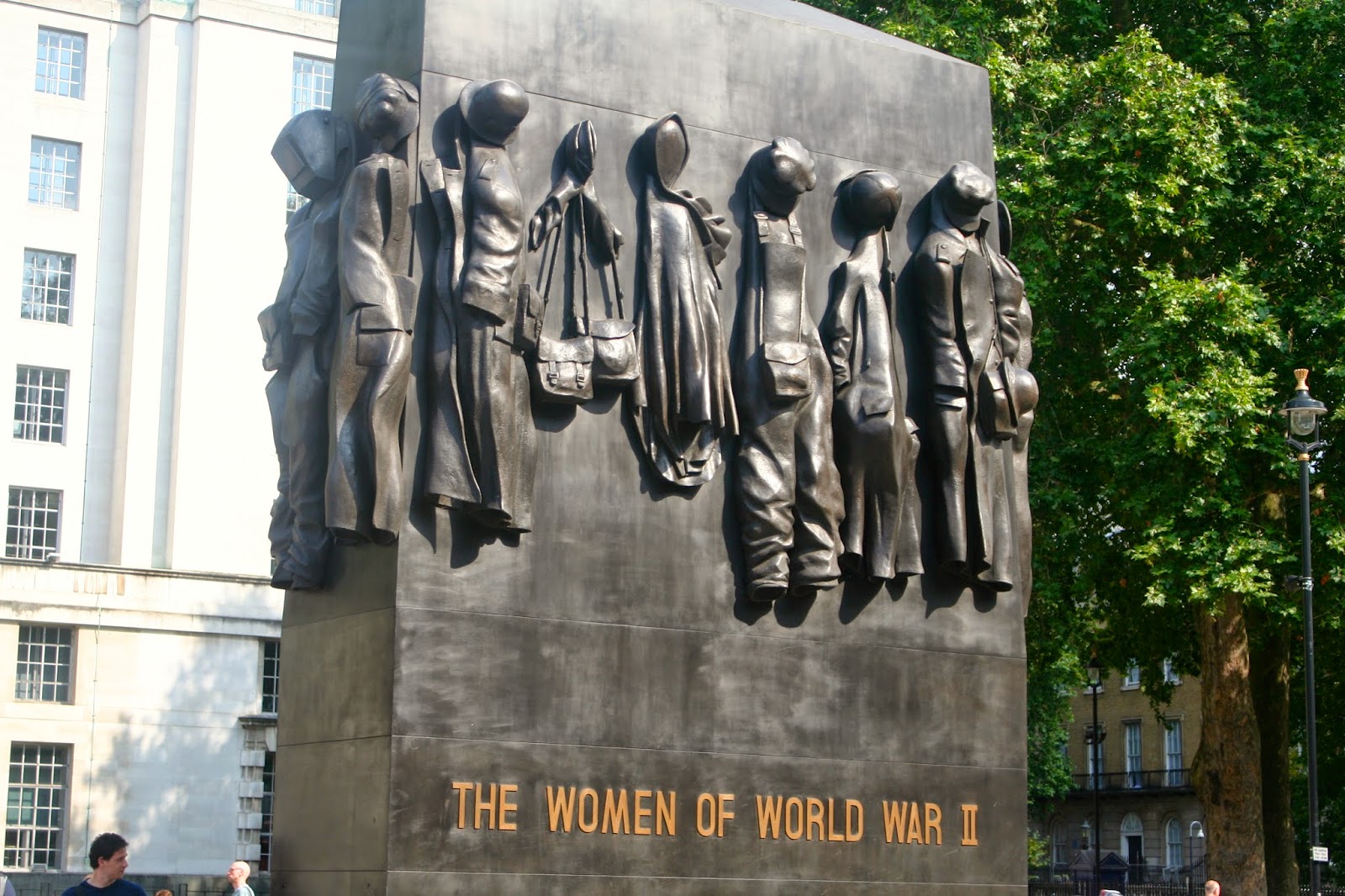 This statue on Whitehall remembers the service of the women during World War II, because although they didn't fight, they drove ambulances, worked in factories and supported the troops in many other ways for the war effort. It's such a beautiful monument.
Posted by Izzy at 10:00