One of the things that excited me about moving into a bigger house a few years ago was being able to give hospitality more easily. We've kind of got into a rhythm preparing for Sunday afternoon company, so it's probably the food that takes the most effort. But my favourite thing to prepare is dessert. In winter I like to go for big chocolate puddings, fruit crumbles, and pies. Summer bring more variety, with an abundance of fresh fruit to serve. I love the food of summer: light buffets, barbecues, and eating in the garden. I sometimes think about the food heritage we have and how I might be serving these dishes to my children one day. 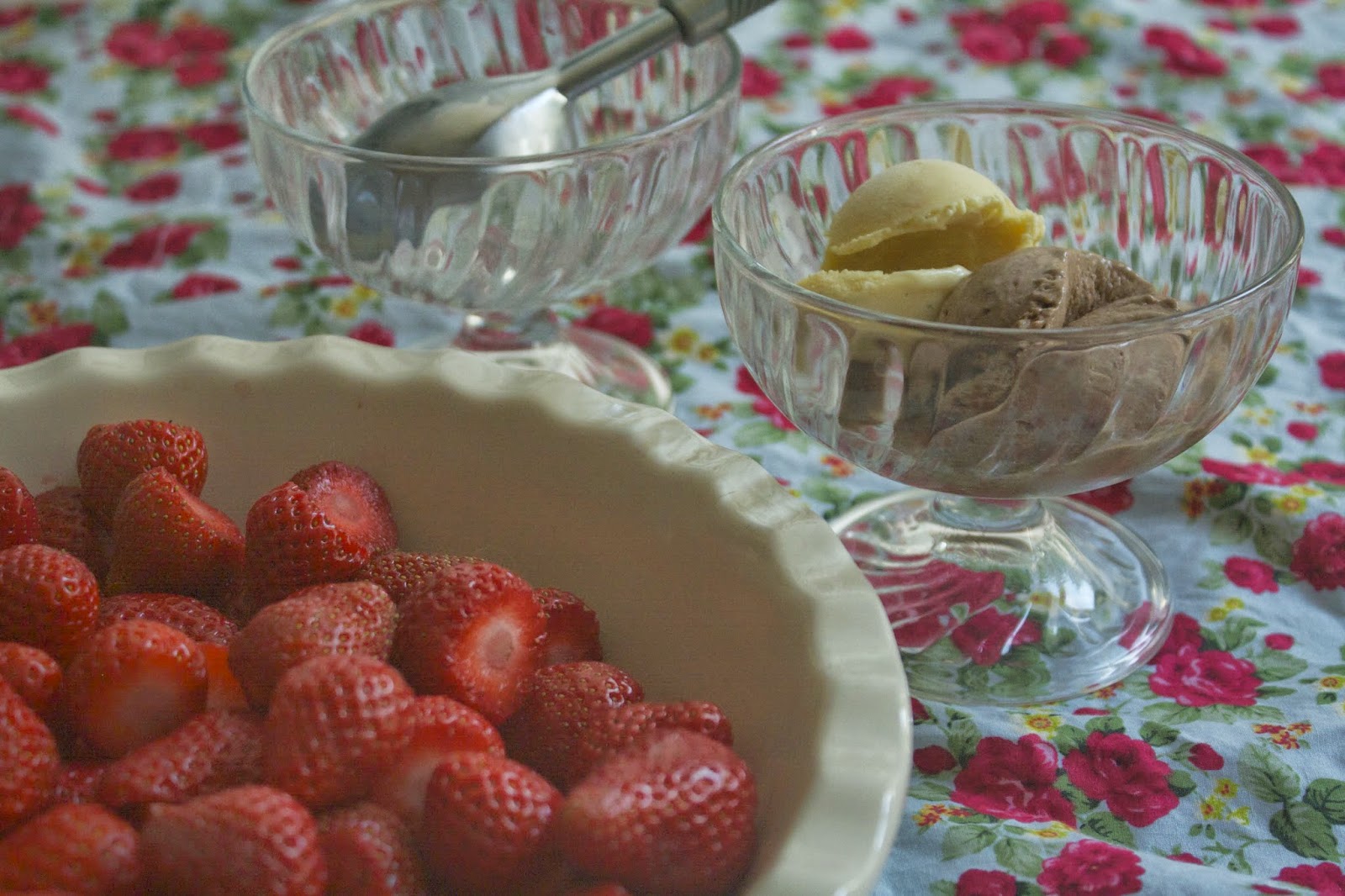 Last Sunday my mum asked me to make dessert, and when I was thinking about what to make she suggested ice cream. I have helped my older sister make ice cream a few times before so I was excited to give it a try myself. To make ice cream you make a flavoured custard and then freeze it, and that takes time. But it really is worth it, homemade ice cream just can't be compared to shop brought, the flavour is so much more intense, and it's so smooth and creamy! The finished product was served with strawberries, and all fifteen tasters said it was really good. In fact, I couldn't resist a sneaky teaspoon straight from the freezer that evening! 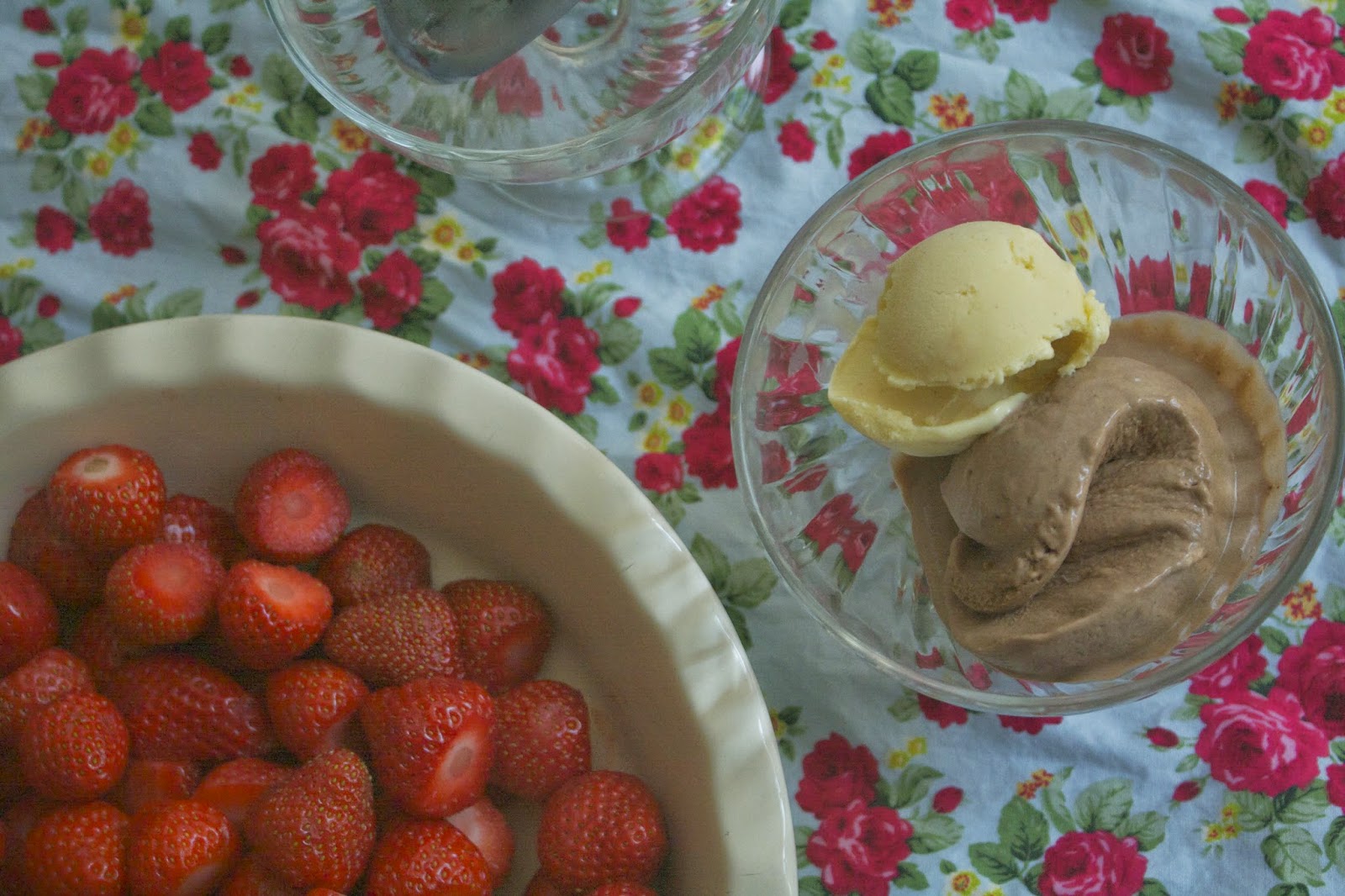 I changed a few things from the recipe in Green & Black's Chocolate Recipes. I used real vanilla extract with seeds instead of a vanilla pod, because it's cheaper and easier to get. When my custard curdled a bit (I hadn't been paying enough attention to it!) I whisked it with electric beaters until it was smooth again. I had forgotten to put the ice-cream maker bowl in the freezer for the vanilla ice cream, and you can't just stick cooled custard in the freezer and expect it to turn out smooth. Thankfully, this video recipe showed a method of making smooth ice cream without an ice cream maker, and even though I didn't have time to chill the custard overnight, it worked great! 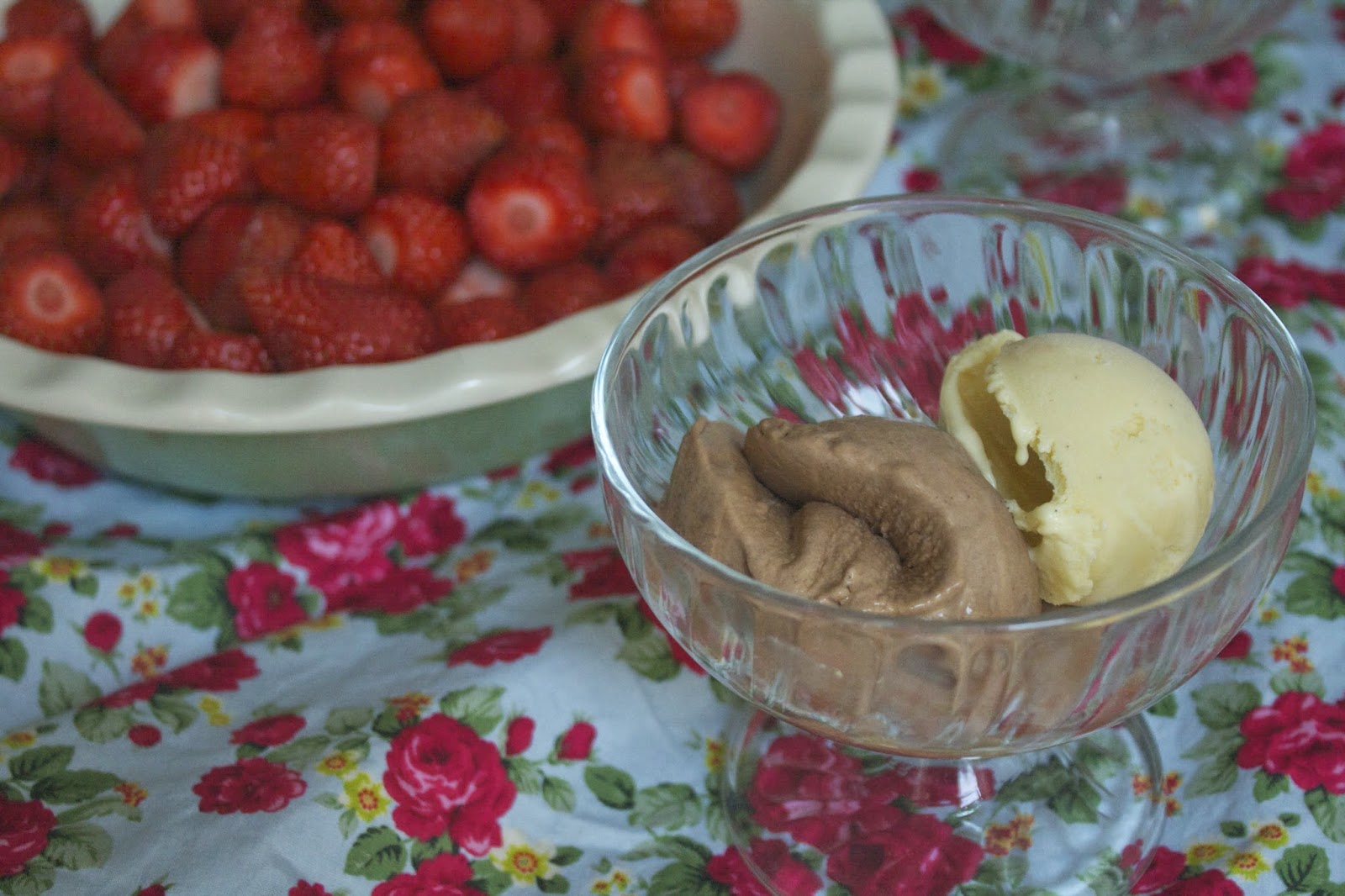 250ml full cream milk
2 tsp real vanilla extract with seeds
3 large egg yolks
100g caster sugar
Note: If you are using an ice-cream maker, make sure you have frozen the bowl for the required amount of time before starting on the recipe.

•   Pour the milk, cream and vanilla into a large saucepan an bring to the boil, then leave it to infuse cool slightly for about 10 minutes. Cover the surface with a layer of clingfilm to prevent a skin forming.
•   While you wait for the milk and cream mixture, separate three eggs, setting aside the egg whites for another recipe. Whisk the eggs yolks and sugar until they become thick and paler (this won't take too long.)
•   Add a small amount of the milk and cream to the egg mixture and whisk until incorporated, then pour over the rest and continue to whisk until blended. Return the pan to a medium heat, stirring very often to prevent curdling until the it thickens up enough coat the back of a spoon.
•   Leave the custard to cool, and then churn in an ice-cream maker according to the manufacturer's instructions, then scrape into a tub and freeze until firm enough to scoop. Or if you don't have an ice cream maker, you can put it in the freezer and take it out every hour (for the first three hours) to whip it up until smooth, creating a perfectly smooth ice cream. You made it, now enjoy sharing it!

•   Use the same method for making Vanilla ice cream up until you have a thick custard.
•   Melt the chocolate in a heatproof bowl short bursts in the microwave. Then add it to the custard and stir until combined. Leave the custard to cool in the fridge before churning.
•   Churn the custard in your ice-cream maker according to the manufacturer's instructions, scrape into a tub and freeze until firm enough to scoop. Or if you don't have an ice cream maker, you can put it in the freezer and take it out every hour (for the first three hours) to whip it up until smooth, creating a perfectly smooth ice cream. You made it, now enjoy sharing it! 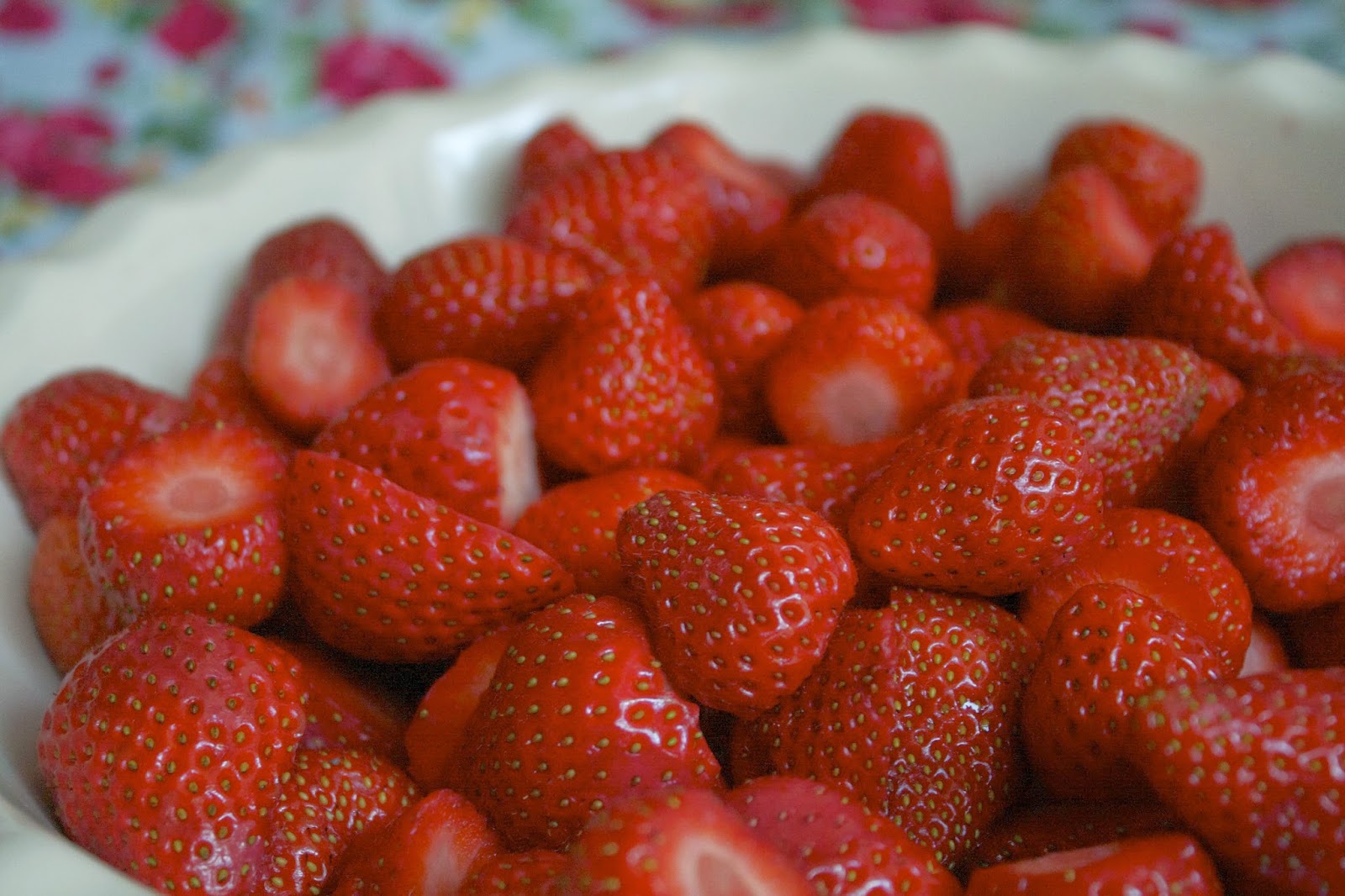